What Is Vegan Leather?

Interest in vegan leather and animal free products more generally is exploding. But what is the cause of this steady shift? Each year a growing number of people decide to live a vegan or vegetarian lifestyle. In fact interest in veganism around the world has doubled in the last 5 years according to research by chef’s pencil.

Australia has one of the largest vegan communities ranking 2nd worldwide in 2020 behind the UK. According to research by Roy Morgan, 12.1% of Australians ( 2.5 million) were enjoying a vegan or vegetarian lifestyle in 2019.

Also, Australians appear to be bucking the global trend and are losing their appetite for meat. Figures from the UN Food and Agriculture Organisation, show Australians consumed a lower than average 92.6 kg of meat in 2019. This is down from a historic world-leading high of 116 kg per person in 2013. A stark contrast however, compared with countries like India who consume on average 4 kg per person!

The benefits of veganism to animal welfare, personal health, social justice and environmental issues are all well documented.  A persons decision to transition to a plant based lifestyle is due to any number of these reasons. Many vegans, have reported that their journey towards a more plant based lifestyle was made easier by placing themselves in the position of the animals and looking at the suffering they endure from the animals perspective.

By placing themselves in the shoes of a typical dairy cow, they were able to imagine how they would personally feel if the laws of the land made it perfectly legal for anyone to own them, rape them and then have their baby torn away from them soon after birth, only for their milk to be stolen for a profit. Many feel that it was only through this mindset of empathy, that they were able to see that their choices to consume animal products went far beyond their individual choices and was having profound and far-reaching implications to the detriment of every living being around them as well.

Lessons from the past

Injustice and prejudice take on many sinister forms and as we question our moral principles in regards to speciesism, It’s poignant to realise that traditions of racism, sexism, heterosexism and antisemitism, were once passed down through the generations as being perfectly acceptable and legal in the eyes of the law.

As with the abolition of the slave trade some 200 years ago, where humans were branded, traded at markets for profit and considered the property of the owner to be used or disposed of in any way possible, animal rights advocates, consider speciesism as an evil injustice worthy of the same abolition. History will remind us, that these goals can only be achieved if we as a species can deeply question our moral principles and integrity in the face of a mounting crisis. In fact on this occasion, our very survival on this planet is dependant on our ability to dig deep within our collective consciousness. As with our forebearers, surely here we’ll find the answers we seek?

Consumers have successfully made this meaningful connection in support of other sentient beings and it makes sense therefore that they are using their new found empathy and accompanying buying power to support businesses and products which are in line with their core values and beliefs. 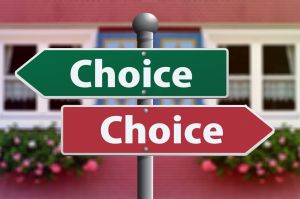 Firstly, there is a multitude of different names given to ‘leather-like’ items these days. Vegan Leather, Synthetic Leather, Artificial leather, Plant-based leather, Pleather and Faux leather to name a few. As you’ve probably already guessed, they all use more ethically sound non-animal based materials. These are manufactured to look and feel like an animal skin, without the cruelty associated with real animal skins. Win-win hey? Not quite! Not all Vegan leather is created equal, so let’s explore the reasons to help you make a more informed choice. First off its important to know that vegan leather can largely be divided into 2 main groups. Plant-based leather and Plastic leather.

Plant-based leather, as the name suggests – is made from plants. These leathers can be made from a wide variety of plant materials, from pineapples and mushrooms to cork and hemp. So far so good right? In general, these plant-based leathers are by far the most sustainable compared with their plastic counterparts, however, it is still important to point out that there can be a difference in the manufacturing processes of these different plant-based leathers, which ultimately affects their environmental ratings. So let’s check out a few and give them a score based on their levels of sustainability: 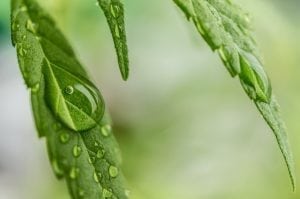 Widely regarded as one of the most environmentally friendly materials with thousands of different uses. Hemp is one of only a few versatile plants that can simultaneously start your day on a high, clothe you, feed you, house you, transport you and medicate you! Hemp leather is made from the stalks of the Cannabis Sativa (hemp) plant. These fibres are then spun together to produce a continuous thread which is then woven into a thick canvas fabric.

The various stages of this process can be done organically through a mechanical process that requires no chemicals. However, some companies produce hemp fabric chemically, in a process that is much more intensive on the environment. Often you can tell the chemically processed hemp apart if it’s labelled as “hemp viscose”. The fabric is dyed and then waxed with a blend of all-natural non-toxic plant-based waxes, providing superior stain and abrasion resistance. The fabric is extremely strong and durable, is water-resistant and the leather-like qualities of hemp leather develop a rich soft patina over time. Ensure the fabric is GOTS certified organic and dyes are REACH compliant. 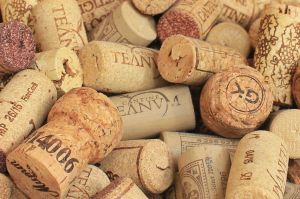 Cork is an incredibly sustainable material but is renowned for its high labour intensivety in harvesting. Cork is made from the outer bark of Quercus suber (the Cork oak). It is grown in only a handful of Mediterranian countries with Portugal and Spain, responsible for almost 90% of world supply.

The advantage of cork is that the tree is not cut down. Instead, the cork is harvested from the cork oak every 9 years in a process that doesn’t harm the tree. Cork oak forests also boast one of the most diverse ecosystems on earth and support several critically endangered animals. Cork leather is made by thinly slicing the dried cork. The wafer-thin sheets are bonded together with a cotton/polyester blend fabric. A fabric protection spray is then applied to the outside layer to provide stain protection. Be wary of fabric protectors though, as toxic fluorocarbons called PFOS and PFBS with known side effects are often used. Ensure dyes used are REACH compliant and fabric is GOTS certified organic 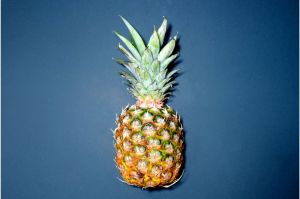 A relatively new product on the market, Pineapple leather or ‘Pinatex’ is made from the waste of the pineapple plant. The bonus for pineapple farmers is that they now have a second source of income for their crop. The fabric has a good leather-like feel and is both water-resistant and strong, although can damage easily. The fabric is made from cellulose fibres extracted from pineapple leaves. After washing and drying, the fibres are then felted through a process of matting, condensing and pressing and finally bonded through mechanical, thermal and chemical processing.

The textile is then dyed, and placed into a non-biodegradable, petroleum-based resin bath to increase durability. Piñatex is a greener and more animal-friendly alternative to leather and plastic leather, however, it isn’t 100% biodegradable. The base material is made from 80% pineapple leaf fibre and 20% polylactic acid (PLA), which is a type of non-biodegradable bio-plastic material. Ensure dyes used are REACH compliant and fabric is GOTS certified organic 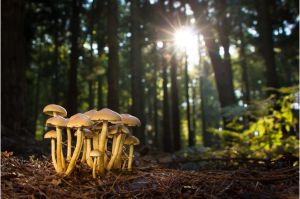 Mushroom leather is another incredibly sustainable fabric, taking advantage of the root-like structure of mushrooms, called mycelium.  When mushroom roots are grown, they form a thick mat which are treated to resemble leather. Because it’s the roots and not the mushrooms being used, this natural biological process can be carried out anywhere as it does not require light.

Mild acids, alcohols and dyes are typically used to modify the fungal material, which is then compressed, dried and embossed. The final product looks and feels like animal leather and has similar durability. The main limiting factor at the moment is figuring out how to scale the production of fungi leather up to industrial levels which is perhaps one of the hurdles facing this fledgling industry. Ensure dyes used are REACH compliant and fabric is GOTS certified organic.

There are 2 main types of plastic leather used in the industry namely PVC and PU. The main advantage for plastic leather manufacturers is that this fabric is very cheap to manufacture and easily processed into millions of different patterns, designs and textures. Unfortunately, research shows they are extremely toxic to the environment. 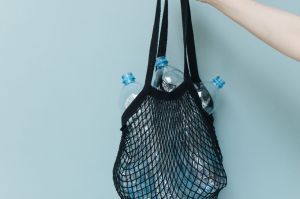 Polyvinyl chloride or PVC is used in the production of many artificial types of leather and requires a phthalate to make it flexible and soft. PVC is processed from fossil fuel petroleum and uses large amounts of energy. During the production process, carcinogenic byproducts called dioxins are produced, which are toxic to humans and animals. These dioxins also remain in the environment long after the PVC is manufactured.

When PVC ends up in a landfill it does not decompose. It can release toxic chemicals into the groundwater and soil, contaminating all living things in the food chain and ending up on our dinner plates. PVC leather is more ethically produced than animal skins however as it eliminates the industrial-scale cruelty aspect but is not considered a sustainable product due to its poor environmental credentials. 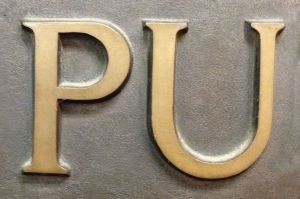 As with its PVC cousin, PU leather fabric is made using fossil fuels. The process involves laminating a 100% polyurethane finish to a base material which is typically polyester or rayon. A roller then applies an artificial grain pattern to the surface to imitate the look of genuine leather. The laminated polyurethane is prone to peeling and cracking. When the base material like polyester breaks down it is reduced into microplastics which stays with us for hundreds of years, polluting our water land and ocean life. For this reason, although it is more ethically produced than animal skins, it is not considered a sustainable product due to its poor environmental credentials./p>

Our addiction to meat

Want To Be Automatically Included In Our Next Giveaway Competition?